Thirty five years ago my life was enriched immeasurably by a book. I had just moved to Montana from the east coast and was given a book by the great Montana writer, Ivan Doig. His classic memoir, ‘This House of Sky’, told of his boyhood on a ranch in central Montana within sight of the Crazy Mountains. For me as a twenty something raised in the suburbs of Rhode Island, the book was an epiphany. Doig’s wonderfully descriptive writing awakened me to a way of life I’d never known.

The book was given to me by another iconic Montanan, Belle Fligelman Winestine. Belle then in her 80’s, as a journalist and later as a state senator, had known many of the men and women who settled this beautiful, sometimes unforgiving landscape. Belle said: “If you want to understand Montana, you need to read Ivan Doig. He sees great drama in the often overlooked lives of small town Montana… cowboys, waitresses, teachers, children, Crow, Blackfoot, ranchers. If you can learn to see and listen like Ivan Doig, then you will discover the real Montana.”

Over the years I’ve read many of Doig’s books, his Montana trilogy (my favorite English Creek), The Whistling Season and his last book A Bartenders Tale. As a storyteller myself, I’ve enjoyed the rhythm of his storytelling, his use of language, his ability to elicit the heroic in the most unlikely of people. In his stories children are often the voice of wisdom, to a fragile adult world. 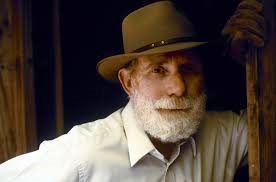 Recently I read that Ivan Doig had died. I felt like I’d lost a dear friend even though we’d never met. Such is the power of a good storyteller, who awakens the reader to new ways of seeing and hearing. All who have been befriended by a good book know the loss that I speak of.

Thank you Ivan Doig. Your many readers will be forever in your debt.

6 thoughts on “For a Friend I Never Met”